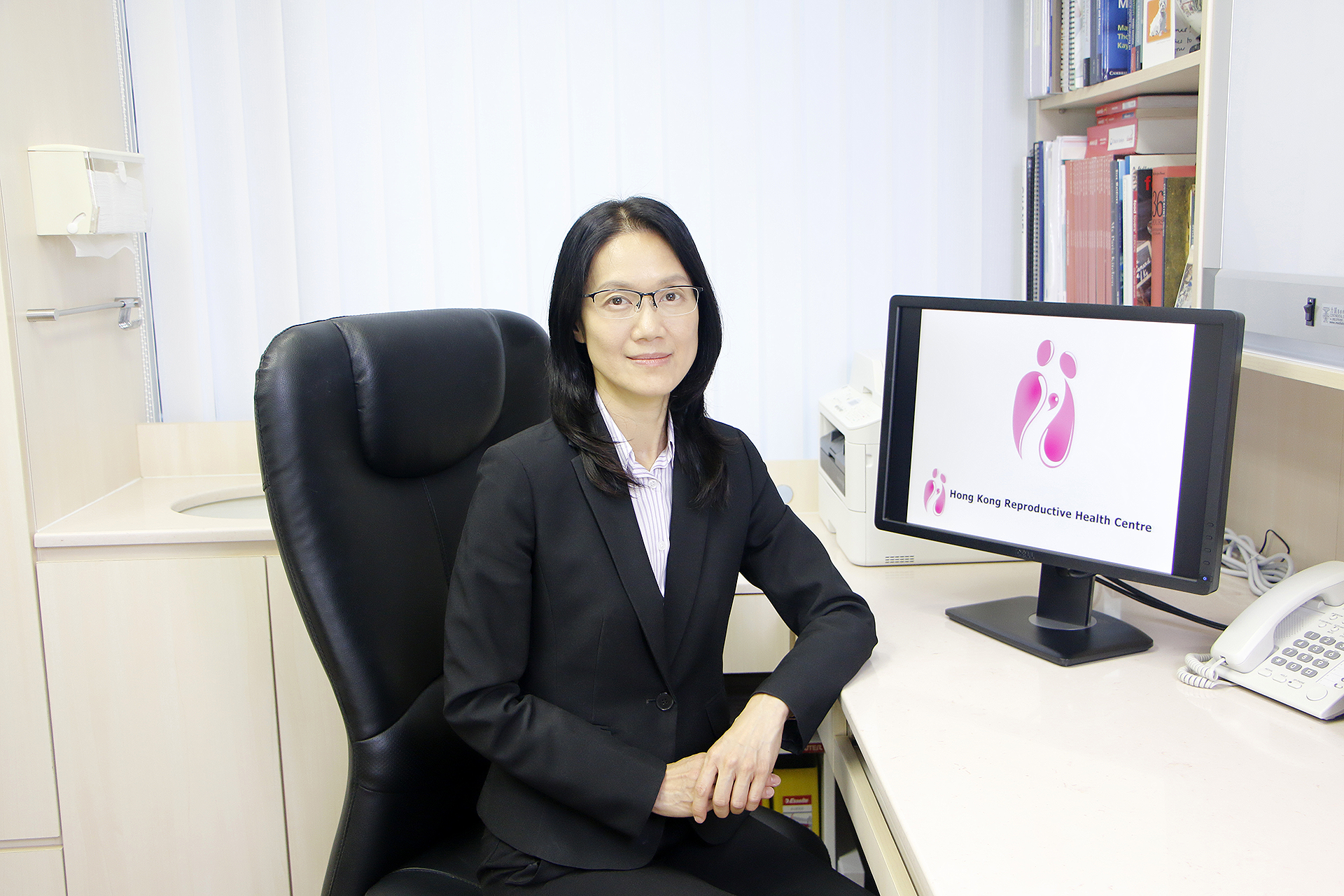 Dr. Chan works mainly in the field of reproductive medicine. Her majority of work involves treating infertility patients with various treatments including intrauterine insemination, in-vitro fertilization, ovulation induction and gynaecological surgery for patients with infertility. She was granted the Certificate in Advanced Laparoscopic Surgery in Gynaecology by the Hong Kong College of Obstetricians and Gynaecologists in 2007, in recognition of her experience in laparoscopic surgeries. She was admitted as a Fellow of the Royal College of Obstetricians and Gynaecologists in the United Kingdom in 2011. During her service at Queen Mary Hospital, Dr. Chan was actively engaged in teaching of medical students as well as academic research. She had attended numerous medical conferences around the world, and presented her clinical and basic science work in both local and international conferences. She had also published original research articles in high-indexed journals and reviewed academic articles for international medical journals. She is still being appointed as an honorary clinical assistant professor at the University of Hong Kong and continues to contribute towards the teaching of medical students of Hong Kong. 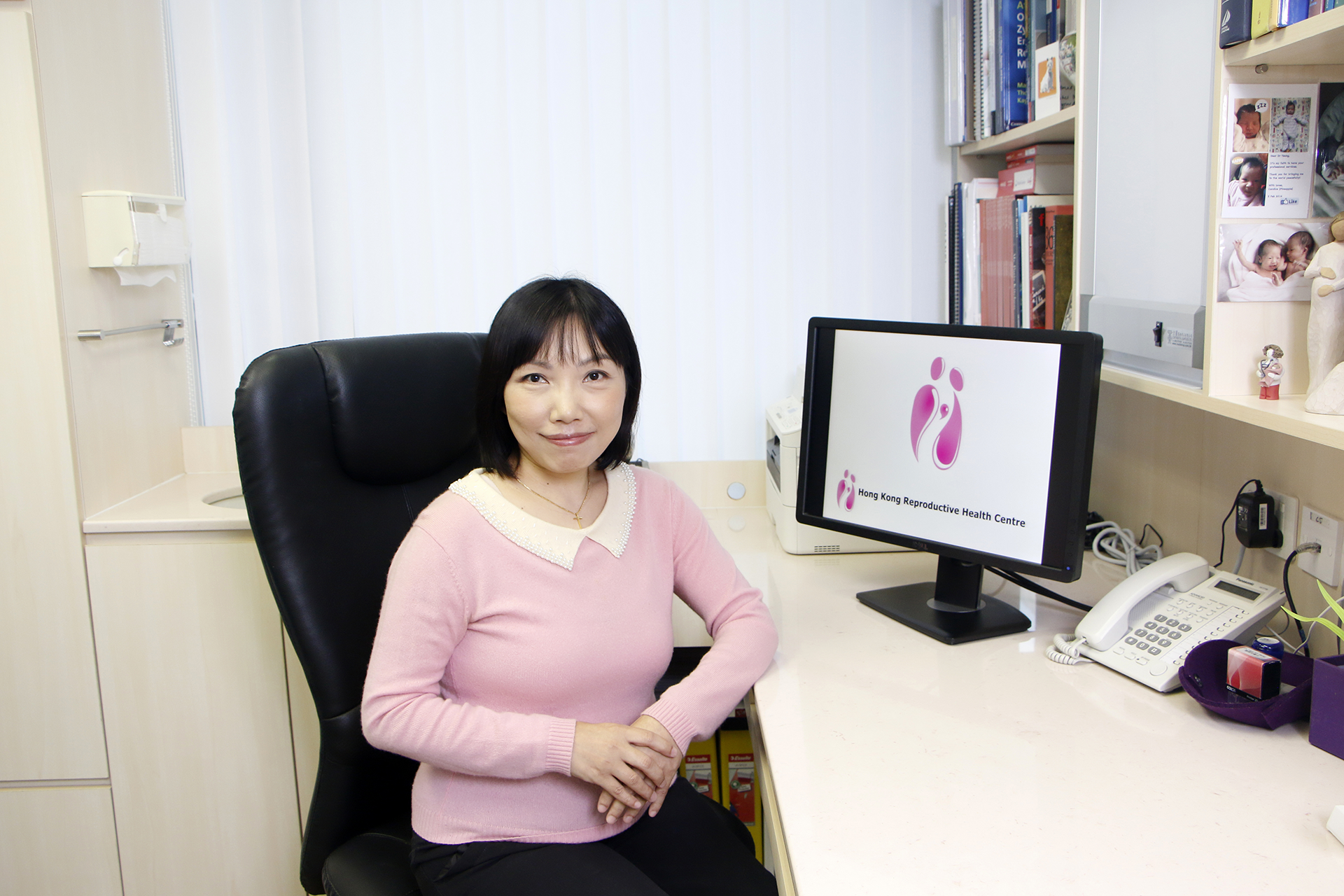 Dr. Cheung Wai graduated from the Faculty of Medicine, University of Hong Kong in 1995. She then joined the Department of Obstetrics and Gynaecology in United Christian Hospital. During her specialist training, she worked in the Subfertility Unit in Queen Mary Hospital, the teaching hospital of the University of Hong Kong, in 2001. During this year, she participated in in-vitro fertilization and intrauterine insemination procedures, ovulation induction program and ultrasound scanning. She was actively involved in academic research and published articles in high-indexed journals. She was accredited as a Specialist in Obstetrics and Gynaecology by the Hong Kong College of Obstetricians and Gynaecologists in 2004 and subsequently a Fellow of the Royal College of Obstetricians and Gynaecologists in 2012.

Dr. Cheung continued her training in subfertility and laparoscopic surgeries in Royal Victoria Hospital in Canada in 2004. During this year, apart from treating infertility patients with various forms of assisted reproductive treatments, she also participated in advanced laparoscopic surgeries related to infertility. Because of the vast experience gained, she was granted Advanced Level Gynaecological Laparoscopic Surgery Certificate by the Hong Kong College of Obstetricians & Gynaecologists in 2008. Dr. Cheung also participated in many international conferences and workshops related to reproductive medicine. She was invited to be a chairman and speaker at the 16th Annual Congress of International Society for Gynaecologic Endoscopy in 2007, Osaka. She has recently completed the Certificate Course in Reproductive Medicine and ART organized by the Chinese University of Hong Kong. 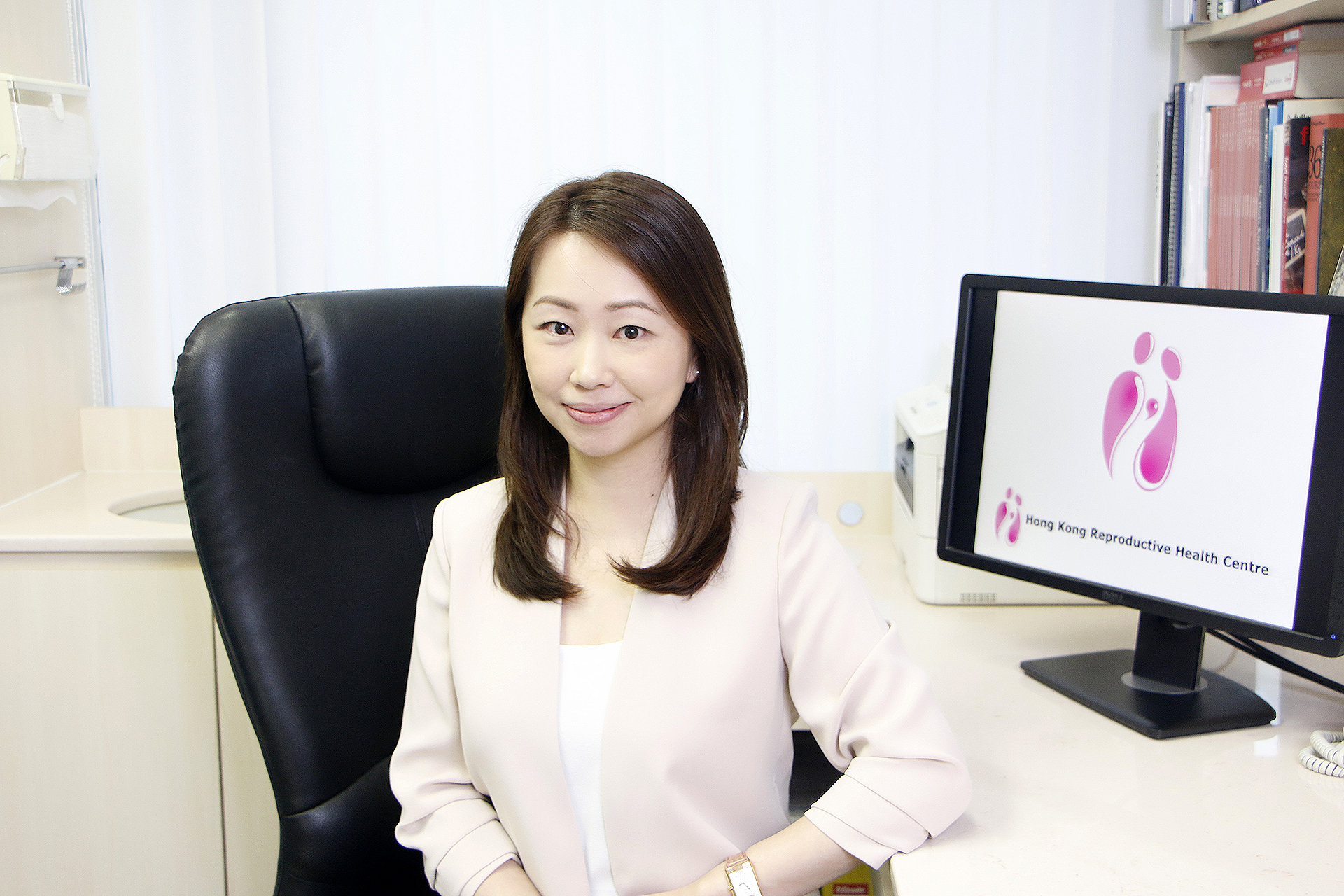 Dr. Yeung Wing Yee Tracy graduated from the University of Hong Kong with Distinctions in Surgery and Obstetrics & Gyanecology. She underwent her postgraduate specialist training in Obstetrics & Gynaecology at Pamela Youde Nethersole Eastern Hospital and obtained her fellowship granted by the Hong Kong College of Obstetricians and Gynaecologists.

Thereafter, Dr. Yeung joined the Department of Obstetrics and Gynaecology in Queen Mary Hospital, the teaching hospital of University of Hong Kong and further pursued her career subspecializing in Reproductive Medicine. In order to widen her exposure in the field, Dr. Yeung underwent 3-year structured subspecialty training under both the Royal College of Obstetricians and Gynaecologists of UK and the Hong Kong College of Obstetricians and Gynaecologists. In addition to her clinical, teaching, and research works in Queen Mary Hospital, Dr. Yeung spent one full year working in the IVF Centre of Hammersmith Hospital and the reproductive medicine unit in St. Mary Hospital in London, which are the teaching hospitals of the Imperial College and one of the busiest IVF units in UK. During these years, Dr. Yeung gained ample experience in reproductive endocrinology, reproductive surgery and assisted reproduction techniques. She was trained in specific reproductive surgery including open microsurgery for repair of fallopian tubes and minimally invasive surgery with laparoscopy and hysteroscopy. In recognition to her satisfactory completion of comprehensive training, she was accredited as a Subspecialist in Reproductive Medicine by the Royal College of Obstetricians and Gynaecologists as well as the Hong Kong College of Obstetricians and Gynaecologists. Dr. Yeung actively participated in academic research, focusing on potential ways to improve ovarian response and IVF success. She presented her works in local and international conferences including Asia, Europe and the United States. She also published original research articles and serves as invited reviewer in international peer-reviewed journals with the highest impact factors in the field. 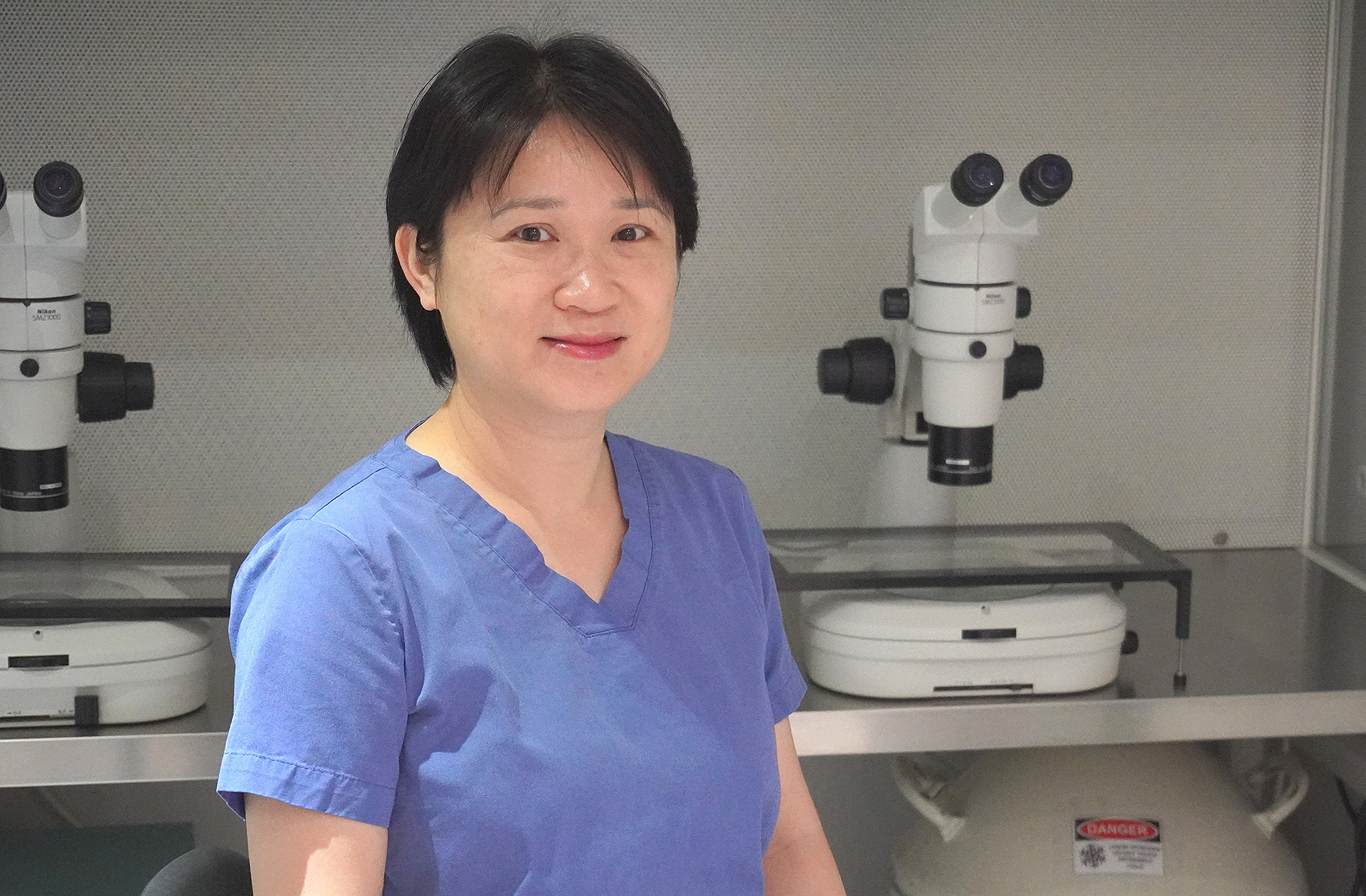 Ms. Chan started working on reproductive technology procedures in August 1998 at Victory A.R.T. Laboratory as an embryologist trainee. After completion of her training, she worked as an embryologist in the Union Reproductive Medicine Centre in Union Hospital from 2002 to September 2005. Apart from directly involved in carrying out all the assisted reproductive technologies including sperm washing for intrauterine insemination, fertilization of eggs including ICSI, embryo culture, freezing and thawing of sperms, eggs and embryos, she was also responsible for supervising trainee embryologists. She then returned to Victory A.R.T. Laboratory in 2006 as the embryologist-in-charge. During her service, she was responsible for writing the laboratory protocols and application for licensing of Victory A.R.T. Laboratory and she successfully led the Laboratory to the accreditation in 2009 and subsequently the re-accreditation in 2010 by the Council on Human Reproductive Technology. Ms. Chan joined Hong Kong Assisted Reproduction Centre in 2011 as the embryologist-in-charge. She was also a founder of the Centre. She was the key person in the preparing the laboratory protocol and the application for licensing of the Centre. The Centre was granted a one-year and subsequently a three-year treatment licence by the Council on Human Reproductive Technology in 2012 and 2013 respectively. In order to keep herself fully apprised of the technological advances in reproductive technology, Ms. Chan participated in many local and international conferences. Ms. Chan is also an active member of the Hong Kong Society for Reproductive Medicine and Hong Kong Association of Clinical Embryologists. Furthermore, Ms. Chan was nominated and has been serving as a scientist of the Inspection Committee of the Council on Human Reproductive Technology since 2008. She has been working in the field of embryology for more than 15 years. Her experience is well recognised amongst her peer embryologists. She was accredited as a Level 2 Embryologist (Senior Embryologist) by the Hong Kong Associated of Clinical Embryologists in 2015. 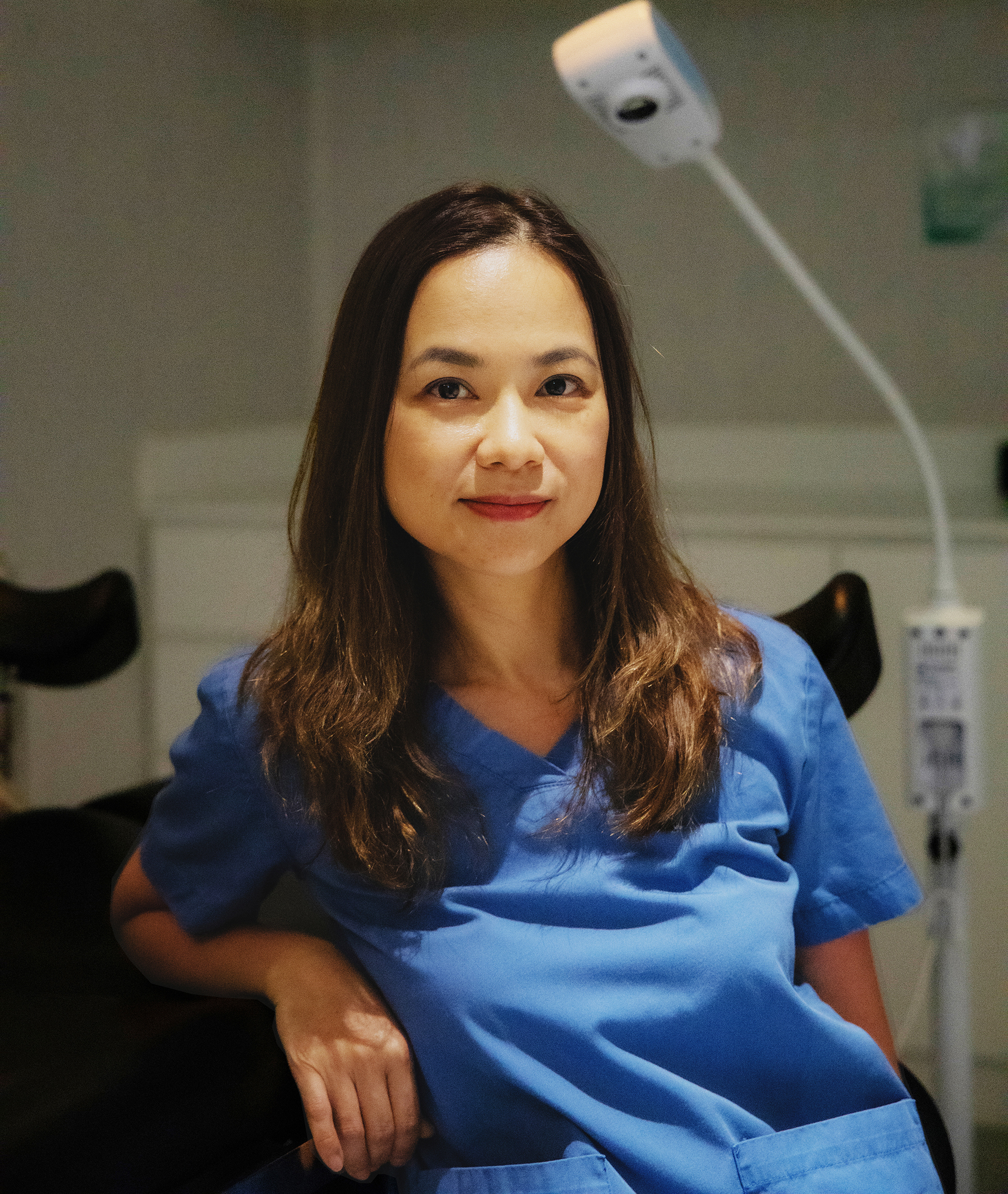 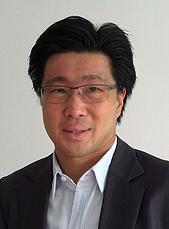 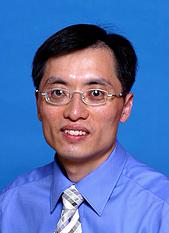 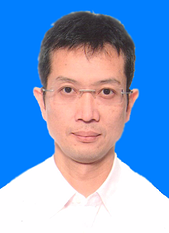