When are embryos transferred back to the womb?

Embryos can be transferred back to the womb at 2 different stages of their development: 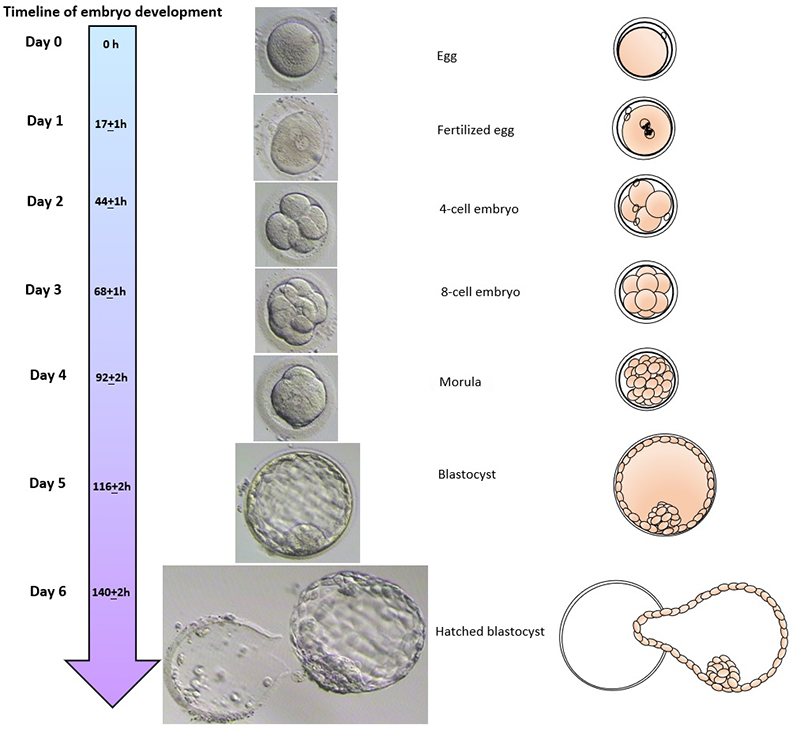 A cleavage stage embryo is assessed by the number of cells in the embryo, whether the cells are even in size, and the degree of fragmentation. 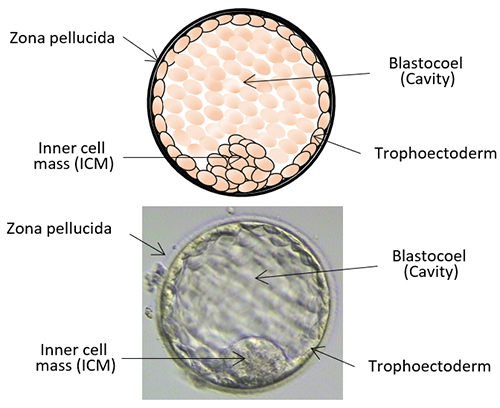 A blastocyst is assessed by the development of cavity, inner cell mass (ICM) and trophoectoderm:

a. Degree of cavity expansion 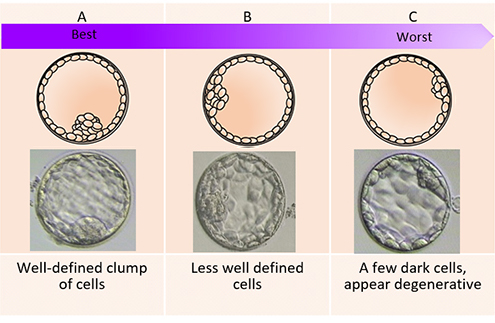 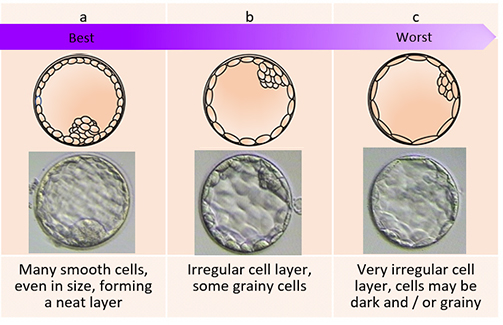 What is the difference between blastocyst and cleavage transfers?

The difference is that because blastocyst embryos have been able to develop for longer in the laboratory and they are more advance in their development, it is sometimes easier for the embryologists to select the embryos that are more likely to implant in the womb. This means that blastocyst transfer tends to have higher pregnancy rates. Statistics show that if 29% of women are pregnant with cleavage stage transfers, between 32%–42% would do so after blastocyst transfers.

What are the downsides of having blastocyst transfers?

Not all embryos that are left to the blastocyst stage will survive and some couples may have no embryo available to transfer to the womb. Even if they do, they may not have surplus embryos for freezing. This includes women who are producing very few eggs after ovarian stimulation, older women whose embryos tend to survive less well, and couples with only very few cleavage stage embryos. There is no way of knowing if the embryos had been transferred at the earlier cleavage stage, whether they could have continued to a successful pregnancy. We only know that blastocyst transfer will give you a higher pregnancy rate for each transfer attempt, but it reduces the number of total embryo transfer cycles and total number of embryos transferred as compared to cleavage transfer. It remains unclear whether the cumulative pregnancy rates after transferring all frozen embryos for each group are different.

Are multiple pregnancy rates affected by whether you have a blastocyst or cleavage transfer?

Who are more suitable to have blastocyst transfers?

Generally, women who are younger, who can produce a good number of eggs after ovarian stimulation, have a good number of good quality cleavage stage embryos, and a good chance of getting pregnant, will be recommended a blastocyst transfer.